Scroll Left Scroll right
Close
What kind of service are you looking for?

To hear SunPower co-founder Dick Swanson tell it, it was the innovation path less traveled that led to SunPower’s success, and (with apologies to Robert Frost) that has made all the difference.

“Our objective was to bring the cost down without sacrificing too much high efficiency,” said Swanson during a recent podcast with Greentech Media’s The Energy Gang. “Everyone else was working on how to get the efficiency up without adding too much cost.”

His team succeeded, setting the course for SunPower’s leadership in efficiency, where today we hold the world record for a solar panel in the lab – 24.1 percent.

This innovative spirit Swanson embraced is thriving at SunPower today. SunPower’s focus on solar energy innovation has resulted in an impressive 600 patents being awarded worldwide over the last three decades, including 59 in 2015 alone, and with another 1,100 applications pending.

SunPower’s patent portfolio is both broad and deep — from the fabrication of solar cells to electronic components to mounting systems. We even received the 2015 Patent for Humanity Award from the U.S. Patent and Trade Office in 2015 for our 3S (Solar Service Station) cargo containers equipped with solar lanterns to be used in in energy-impoverished areas.

Here are a few highlights from SunPower’s innovation journey: 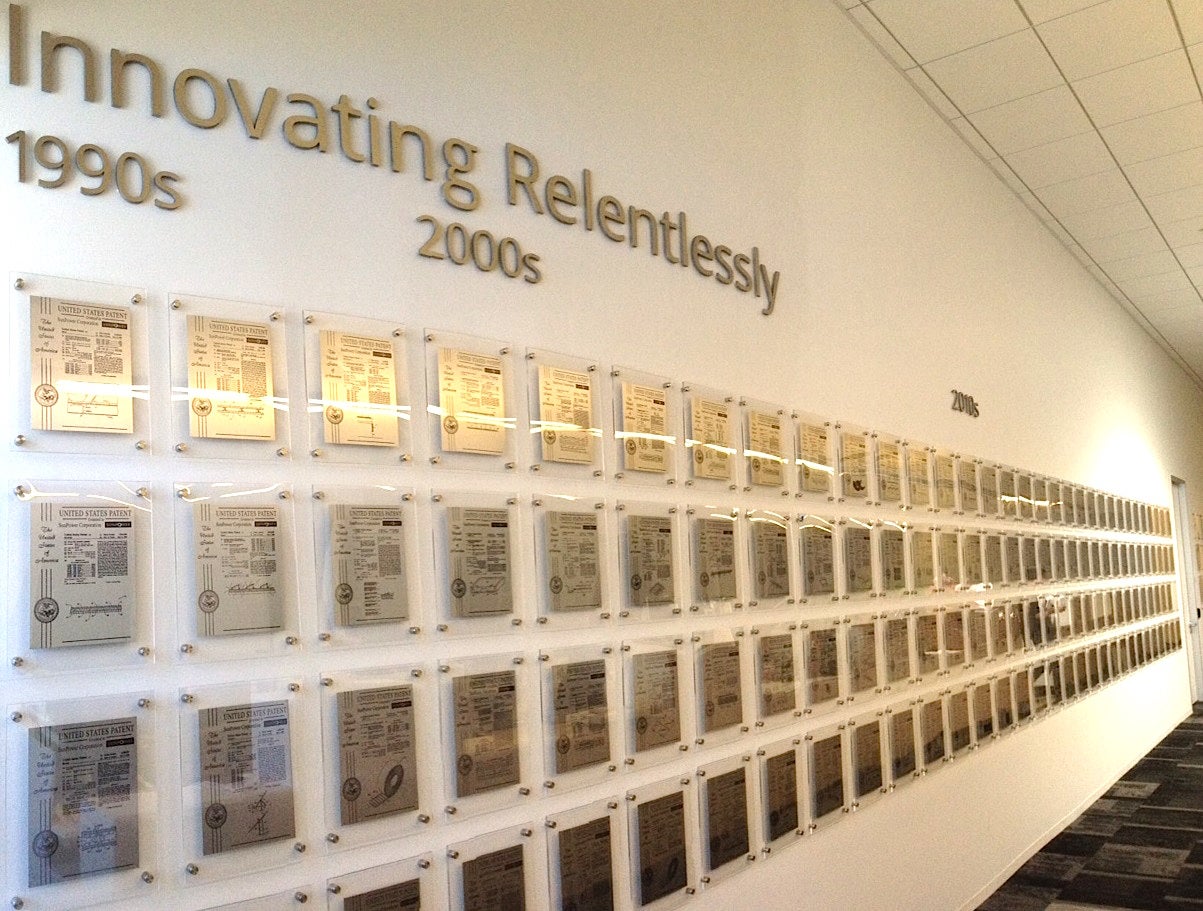 Much of SunPower’s intellectual property has been developed internally, but at times, that expertise has been supplemented by strategic acquisitions. In 2007 SunPower acquired PowerLight, which was making breakthroughs with a new method of commercial installation that did not require bolts or holes in a roof to secure the panels. In 2013 SunPower acquired Greenbotics to offer robotic solar panel cleaning products and services for large-scale solar power plants.

And, in 2014 SunPower acquired SolarBridge Technologies, adding high performance microinverter technology that offers system design flexibility and less expensive installation. Cogenra was acquired by SunPower in 2015, and with the combined expertise of Cogenra’s R&D and SunPower engineering, we created the SunPower® Performance Series panels (P-Series), a larger panel that gains efficiency by capturing more light.

With relentlessly innovation at the core of what we do, SunPower maintains active R&D labs and oversight of our IP. We’re even the first solar company to build a stand-alone Research and Development Ranch in Davis, Calif., to host concept testing for new technologies that drive continued innovation in the energy industry. We are constantly reinventing ourselves and evolving in new spaces. With a history like ours and the challenger spirit set by Dick Swanson, SunPower will continue to push the limits of what’s possible for years to come.