Solar energy is a choice

Let me take you back in time to 2007. Obama was campaigning for his first term, Steve Jobs announced the iPhone, and I headed to Berlin, Germany as an Arthur F. Burns Fellow. I was working for Reuters, helping bring more international news to American TVs. It took me but a few weeks to learn about Germany’s solar success. They were winning the solar race at this time, and I couldn’t understand why. Germany has fewer sunny days than Seattle, which I consider a pretty rainy area. I was curious and pursued the story. 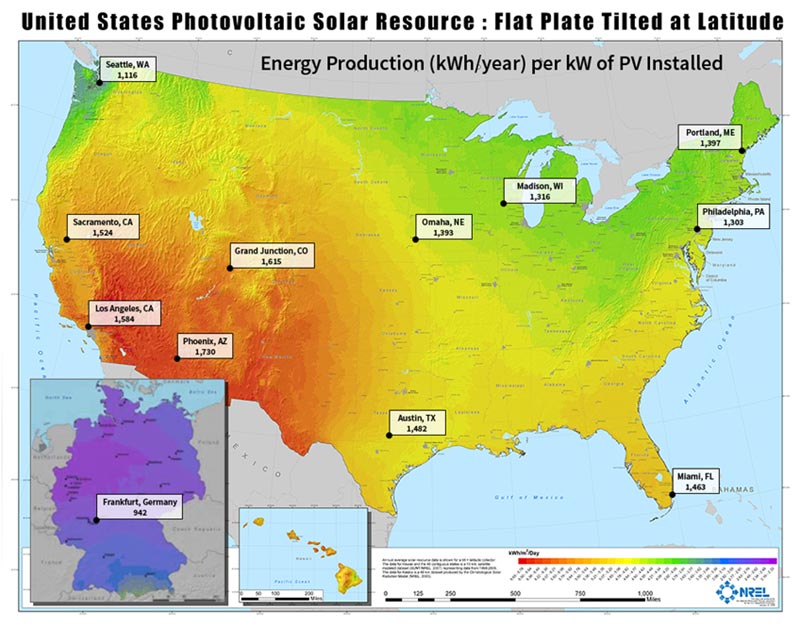 I went down to Germany’s “solar city” – Freiburg – to learn more. Upon arriving at the train station I was blown away by the amount of solar flanking the streets, integrated into progressive buildings, and free standing in fields. Solar was everywhere. Why?

In the 1970s there was a grassroots movement against a proposed nuclear power plant in Freiburg. Nuclear was rejected and solar was accepted. After this impactful visit to Freiburg, I too chose the sun. I switched industries from journalism to pursue a career in solar.

Why did I choose solar?

Solar is accessible. As an individual, it is hard to choose coal, oil, or natural gas. It isn’t feasible to harvest in your backyard. But with solar, you can make the choice to install it on your roof or at your business. It is an available, clean resource that is waiting to be tapped.

I’ve been dreaming about sharing the power of solar, by riding a solar charged electric bicycle across the country. The sun is charging the battery of my electric bicycle, which actuates the motor that propels me forward. It gives me complete independence on the road. So long as the sun is shining, there is no need to plug in to an outlet to charge the battery. To ensure the last statement, I needed a powerful solar panel that was efficient and lightweight.

SunPower was a no brainer. They are solar leaders, with the most efficient solar cells on the market. After talking to SunPower’s lead engineer, Dave Degraaff, about my mission, he was immediately on board and gave me access to two engineers, Kingsley and Kat. 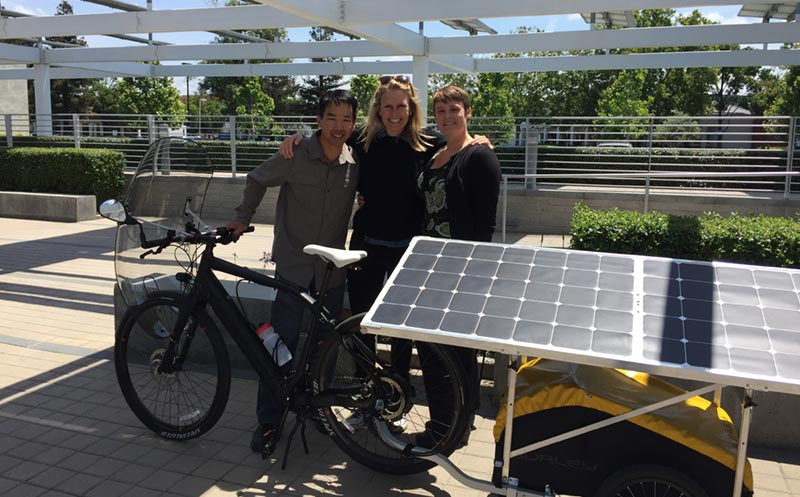 Kingsley and Kat became fast friends and solar advisors. I couldn’t have gotten this far without them. With their help and donated products from SunPower, we built a one-of-a-kind, lightweight, 240-watt solar panel, which matches near perfect to the 250-watt motor of the Specialized Turbo S e-bike that I’m riding. The panel weighs 10 lbs., including the frame, which is an incredible feat. Standard panels, of equal output, weigh 30 lbs. I then used two Genasun solar charge controllers to optimize the match between the solar panel and the lithium-ion battery. From there, with the help of my Chief Technology Officer, Dad, we wired direct into the operating battery. The system works flawlessly, recharging the battery as I ride.

Empowered by the sun

And so, as I tour from California to Washington D.C. on my solar bike, I am looking to ignite a wellness revolution. I hope to be a Freiburg for others. Just as Freiburg, Germany inspired me to choose solar, I hope the people I meet along the way realize the benefits of solar, feel empowered and chose the way of the sun. 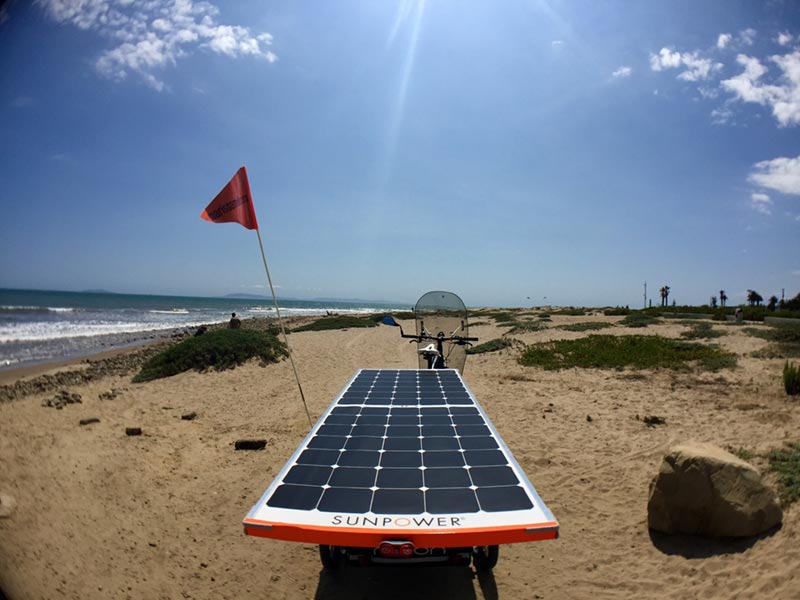