What do you get when you combine a SunPower® solar panel, a passion for aviation and an extremely motivated Boy Scout? A beacon of solar innovation that (literally) lights up the night!

Tyler Colenbrander, inspired by what he learned in SunPower’s 2016 Marin Summer Solar Energy Academy, gave his Boy Scout Eagle Project a solar spin. Using what he learned in the SunPower Horizons® solar energy academy (an annual week-long work-based learning program held at schools throughout California), he decided to build a solar-powered welcome sign for the Marin County Airport, Gnoss Field.

“I really wanted to complete an Eagle project that incorporated solar energy into a project at the airport, so I could combine my interests for solar and aviation,” said the 17-year-old senior at San Marin High School in Novato, CA. "I wanted to learn more about solar energy from a real-world application.”

While many Eagle Scout projects have been done before, Colenbrander’s was truly original. With nothing to guide him, he started from square one. “I managed to finally complete my design after conferring with many different industry professionals over the span of a few months and doing lots of online research to learn about the functions of the different components.” 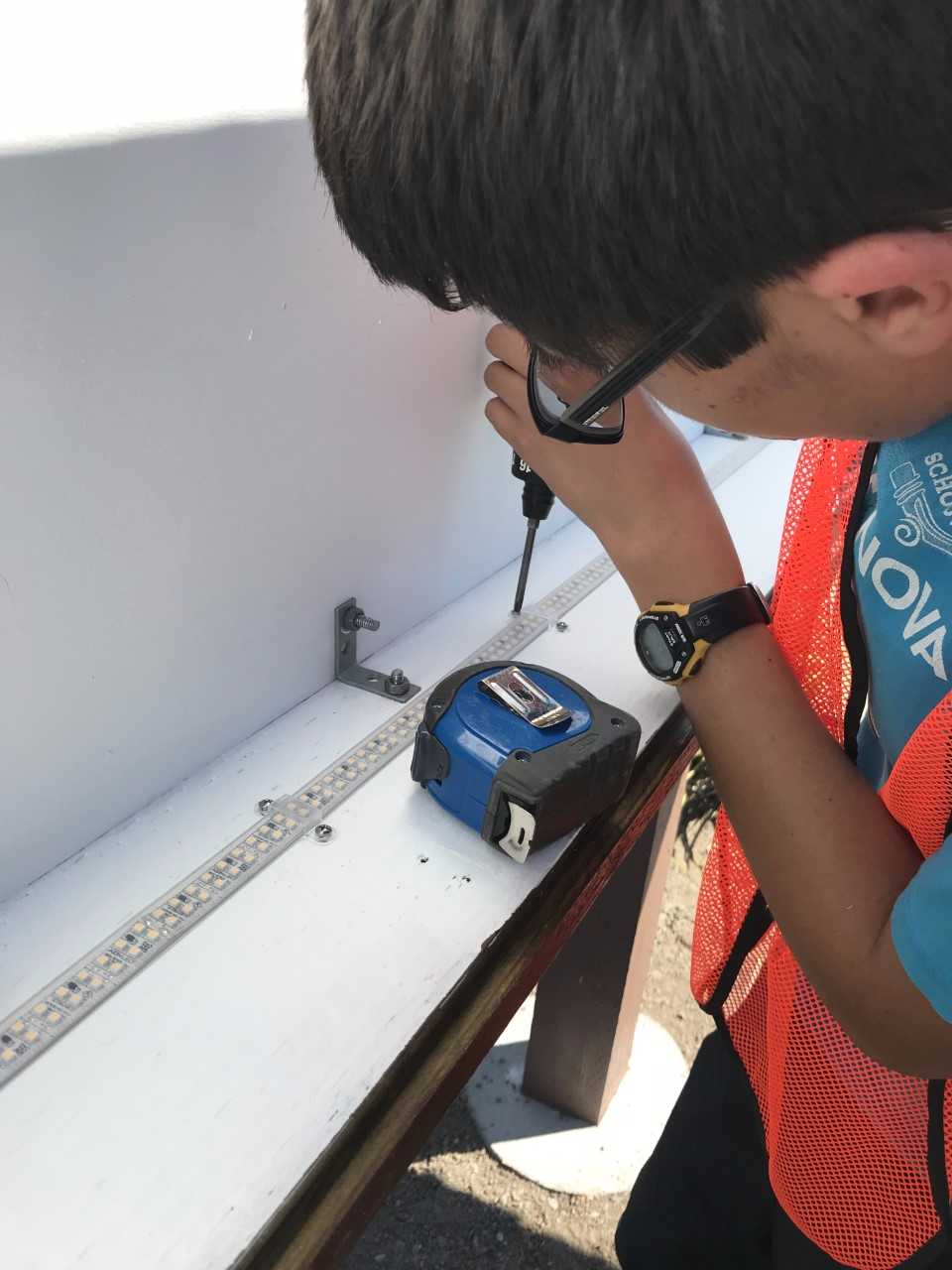 Colenbrander also  managed the project’s financing. He learned how to budget, maintain a materials list and work with various stakeholders, including the County of Marin, Home Depot and his local lumber yard.

Colenbrander recalls there were many challenges. However, “By the end of the project, I had become a very effective communicator, and I was able to finish the build phase in a timely manner with input and help from many different people.”

Kim Fink, CEO of Sun First Solar, said, “We were very impressed with Tyler's dedication to the project and his follow-through. Tyler is a bright young man who articulated the project in a very professional and courteous manner.  He is very interested in the energy field and we thought it would be great to help him … it was refreshing to see how responsible and intelligent he is. This young man has a great future ahead of him.”

The project, which he even built a website for, brought together people from throughout his community, each driven by the young man’s enthusiasm. Two solar installers from Sun First supported the installation of the solar panel. A structural engineer advised on weight calculations for the battery, which is charged by the solar panel to power the sign at night, and concrete foundation. A lighting representative donated the LEDs. Fellow Boy Scouts, neighbors and family members helped construct and install the frame for the sign. Finally, officials from Marin County and the airport handled the approval and logistical processes to push the project through.

Some 114 individual and 303 collective hours later, the solar sign stands complete at the Marin County Airport. “The initial idea came almost two years before the project was completed, but the real actual work on the project took about nine or 10 months,” Colenbrander noted. “It took a lot of time, funding, communication and persistence to finish.”

Reflecting on his initial experience with SunPower, Colenbrander shares that his one week at the Summer Solar Energy Academy “really set me on a path to learn so much more, and I know I will keep learning even more about solar in the future.”

We’re eager to see what Colenbrander and other Solar Energy Academy graduates will accomplish as they change the way our world is powered. In the meantime, we extend some big congratulations to Tyler! We look forward to seeing your sign light up the night for years to come.

Solar Academies are a benefit offered to schools that go solar with SunPower. Click to learn how you can save your school money with solar.