From major metropolises such as Atlanta or Chicago to small towns from Hanover, NH, to Abita Springs, LA, cities across the United States are setting their sights on a shared goal of 100 percent clean, renewable energy for all by committing to a future powered entirely by sources such as solar and wind.

How is this happening? The simple answer: People are taking action.

In cities, towns, counties and states, activated and empowered people are getting energized about clean energy, and the Sierra Club’s Ready For 100 campaign is helping to build the momentum.

Fighting for a Healthy Planet

The Sierra Club is a grassroots organization fighting for a healthy planet and healthy communities. Today, more than 3.5 million members and supporters continue to help us make this vision a reality. By working with local leaders across the country to focus on climate solutions in their own backyards, Ready for 100 campaigners are setting the bar for a new energy economy that prioritizes our families and communities.

Ready for 100 is a diverse movement of residents, businesses, faith leaders, community groups and city leaders who are calling for 100 percent clean energy for all. We’re working to make sure the energy transition is equitable, because we know that we can create a new energy economy that transforms not only how we power our country, but also who has the power to decide what’s best for our communities. Addressing the global issue of climate change is not just an obligation but is an opportunity to create jobs, save families money and reduce pollution.

This bold vision of 100 percent clean renewable energy is far from a pipe dream. Last December, we celebrated a monumental feat: 100 cities and towns across the United States had committed to transition to 100 percent clean, renewable energy for all. Today, we’re at nearly 120 committed cities — plus three states and the nation’s capital, Washington, D.C. All told, more than 1-in-6 Americans — 58 million people — now live in communities committed to 100 percent clean energy. This speaks to the immense power that the vision has in bringing about major change. 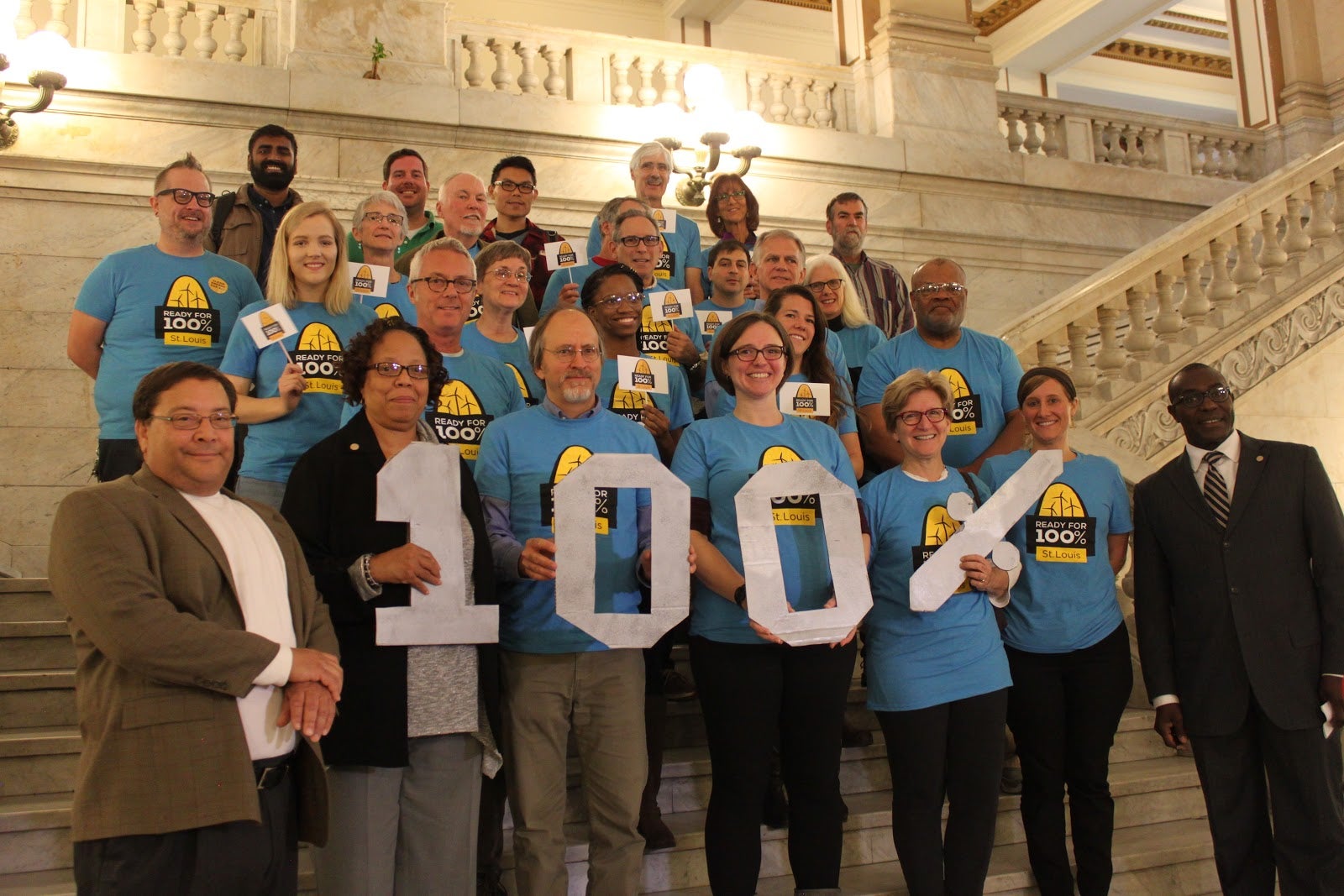 Solar companies such as SunPower are giving individuals the opportunity to take action on clean energy by converting their homes to solar. Solar panels on our homes and businesses are already helping communities make the move to 100 percent clean, renewable energy. Renewables such as solar and wind generated a record high of 742 million megawatt hours (MWh) of electricity in 2018, nearly double the 382 million MWh produced in 2008 and accounting for 17.6 percent of electricity generation in the United States in 2018, according to the U.S. Energy Information Agency.

Such growth is not surprising. As one of the most cost-effective sources of energy anywhere, solar just makes economic sense.

It is a fact that renewables are cheaper, healthier and safer than traditional fossil fuels. It is undeniable that a majority of Americans want a healthy and affordable energy future that addresses the climate crisis and replaces the injustices of the fossil fuel economy with equitable and democratic ways of producing energy. As local leaders continue to pursue bold and innovative solutions, the movement is becoming unstoppable.

We appreciate SunPower for inviting us to post on their blog, and for helping us get the word out about Ready for 100! Want to advocate for 100% clean energy in your community? Join us.

Jodie Van Horn, director of Sierra Club's Ready for 100 Campaign, is leading work to accelerate a transition to 100 percent clean, renewable energy across the United States. She has worked for more than a decade at the intersection of technology and sustainability, building campaigns and cross-sector partnerships to address the threat of climate disruption and drive widespread adoption of clean energy solutions.