SunPower recently hosted a panel discussion that brought together journalists and state, federal and University of California officials with expertise in solar and renewable energy policy issues.

At the event, held Sept. 20 at SunPower's new Research and Development Ranch in Davis, Ca., the group toured an array of commercial solar trackers and viewed demos, including the flight of a drone (pictured above) that is used to design site layouts for the next generation SunPower® Oasis® solar power plants.

Oasis is based on iterations of tracker technology that SunPower has been installing since 2004, including SunPower’s first generation Oasis power plant launched in 2010. As a result of this legacy product, operating today at more than 2.6 gigawatts of solar power plants around the world, SunPower is in the unique position of applying a dozen years of power plant experience and data to serve our large scale solar customers.

Distinguished panelists and speakers at our event included Charlie Gay, who leads the SunShot Initiative at the U.S. Department of Energy, (seen here greeting SunPower CEO Tom Werner) and David Olsen of Cal ISO’s Board of Governors, the independent systems operator which manages California's energy grid. 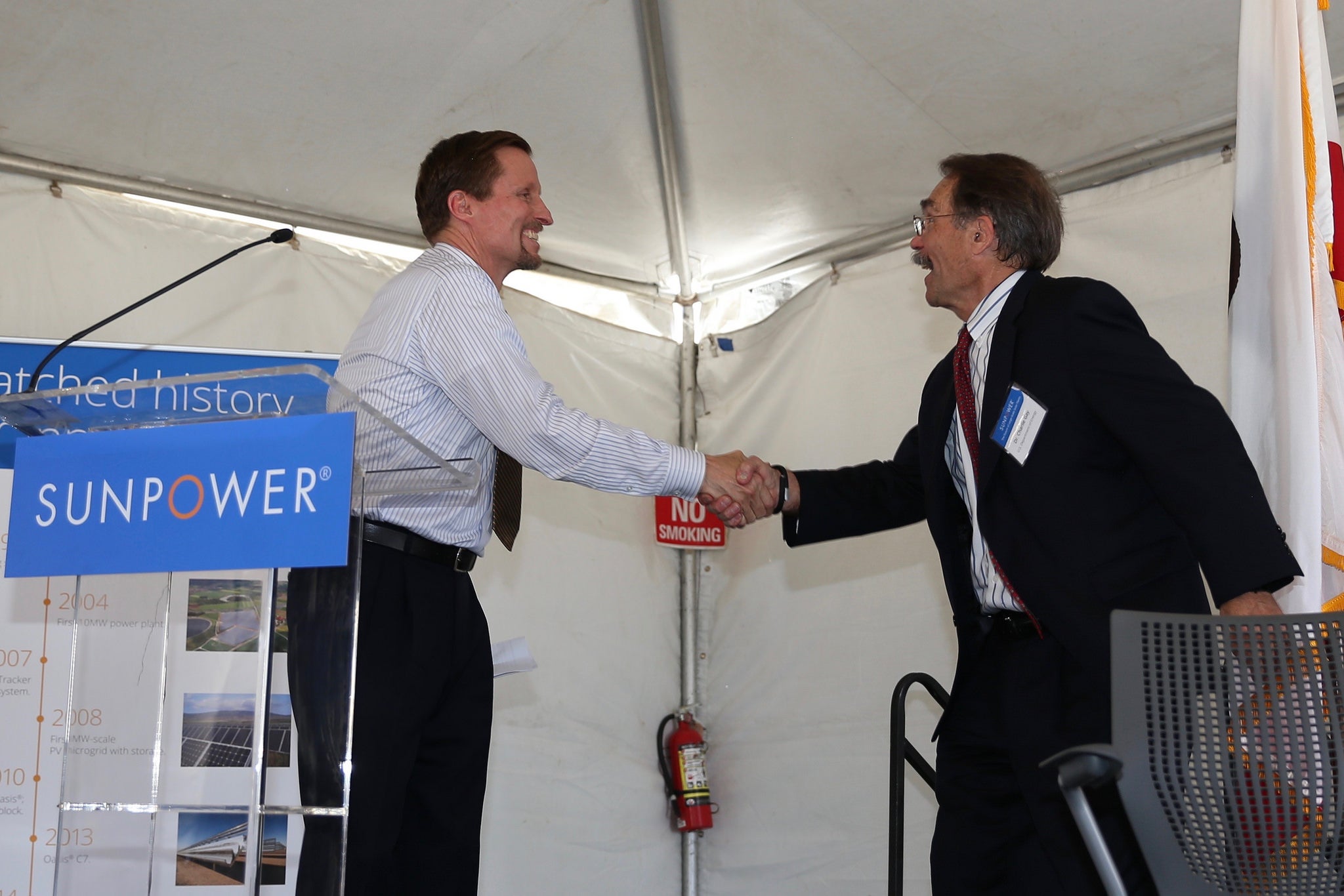 Gay told the group that the progress that has been made in powering our world with clean solar energy is a "dream come true," as he can remember 40 years ago when mainstream solar was just a twinkle in his eye.

Olsen didn't pull any punches in his comments, remarking that it's routine for the electrical grid in California — the world's eighth largest economy — to experience forced power outages due to fossil plant failures.

In the audience was one particular solar rock star, SunPower co-founder Dick Swanson, shown below being interviewed by Tor Valenza (at right), known on Twitter as @SolarFred. More than 30 years ago, Dr. Swanson led a team that pioneered the development of the most efficient solar cells and panels available on the commercial market, a record that SunPower still holds today. 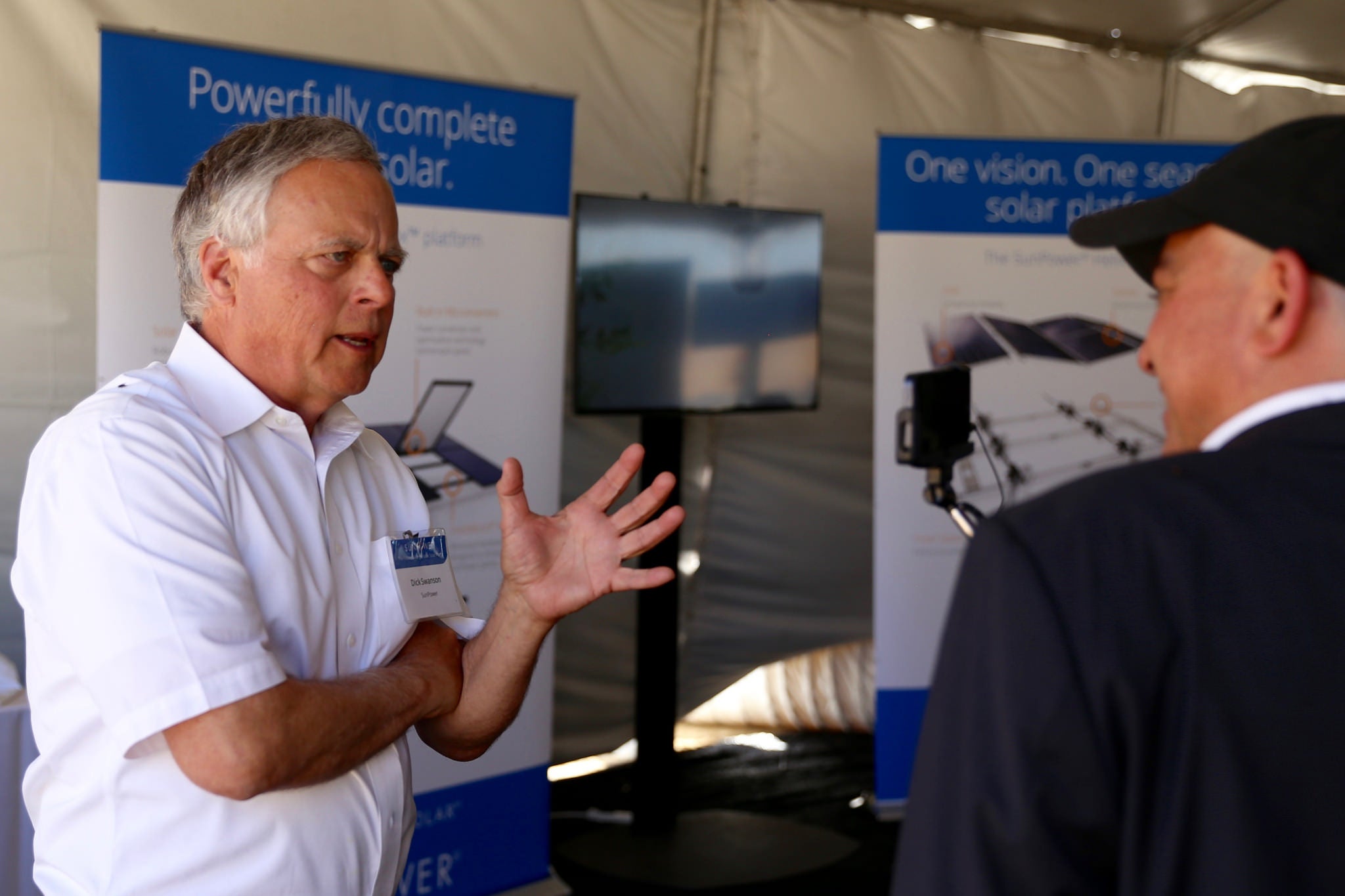 While the crowd certainly paid close attention to the words of solar wisdom uttered by our panelists and distinguished guests, a couple of nonhuman attendees threatened to steal the show, including this trusty robot (pictured below), which slid across a dirty solar panel, leaving it spotless using a fraction of the water and far less time required with manual cleaning practices. 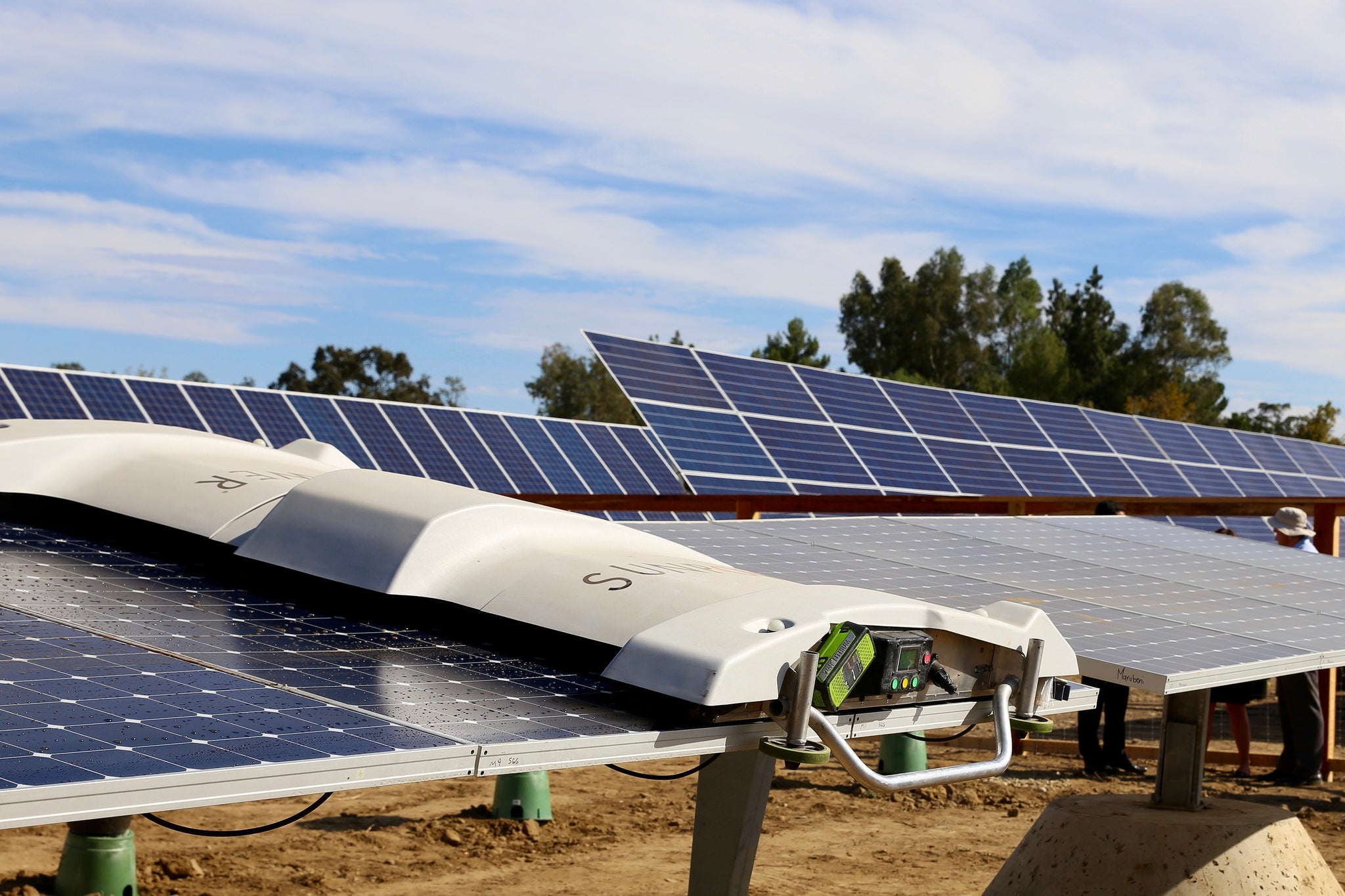 It was a day for inspiration, awe and important conversation about transitioning our energy system to one that is reliable, safe, secure and sustainable. SunPower is proud to help drive that transition by delivering the next generation of solar technology today.